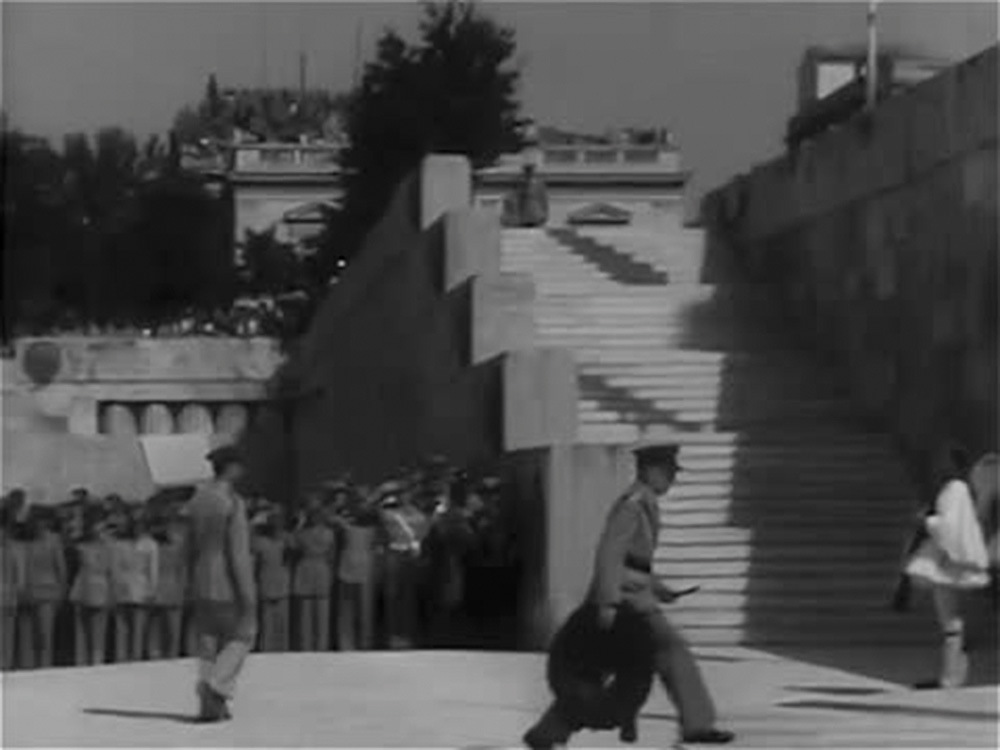 `Restoration of King George II returning to Greece (1946)`, 2014–15, is based on a small segment of a found footage of King George II ceremonially returning to Athens after his exile during World War II, laying a wreath upon the Tomb of the Unknown Soldier while accompanied by the royal family. This footage was originally incomplete, having `gaps` of multiple missing frames that were afterwards filled in with animation (a series of digital drawings made by hand) — completing the figure`s motion as imagined thus attempting an impersonal, though inevitably subjective, `restoration` of this historical document.