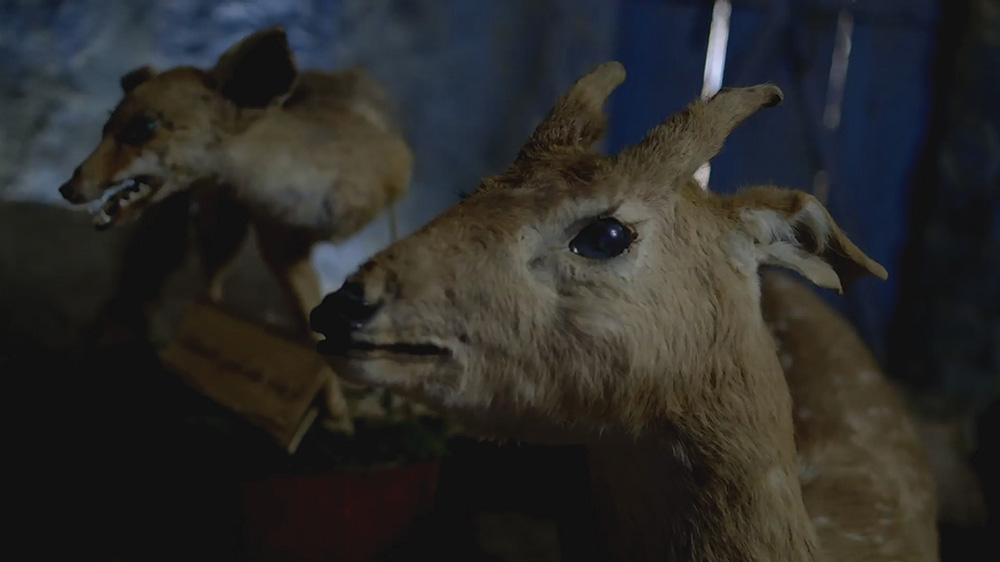 Spacious landscapes, a cloudless sky decorate the walls surrounding the little zoo in Palestine: Screaming illusoric allegories of freedom. The humans feed the animals and speak to them. A usual day. If it were not for the Giraffe, which was shot dead by the Israeli military; or for the Lions who are only allowed to be imported sterilized. Timidly the workers start talking about what it means to live and work under occupation.

Pary El-Qalqili is a writer, director and curator, based in Berlin. She studied Directing at the University of Television and Film Munich. Her first feature documentary THE TURTLE`S RAGE was released in German cinema in 2012 and won several awards on international film festivals, such as the Dubai International Film Festival, Visions du Réel in Nyon and the Al Jazeera Documentary Festival. The short documentary „ZOOLAND“ is her Diplom movie. For her artistic work she got support and scholarships by the Academy of Arts in Berlin, the Robert-Bosch-Stiftung and Künstlerinnenförderung Film/Video of the City of Berlin.