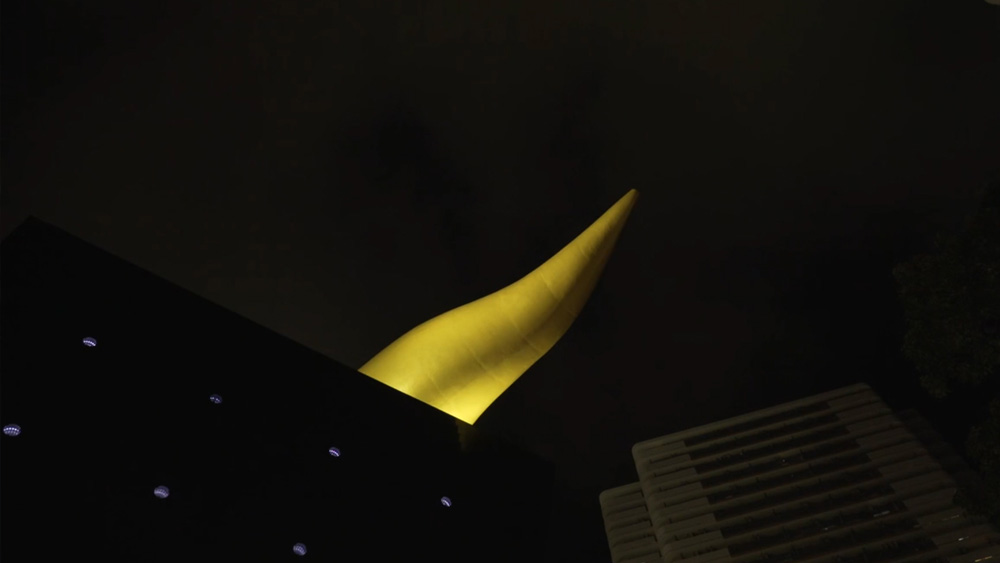 A Tiny Place That is Hard to Touch

In a faceless apartment in Tatekawa, Tokyo, an American woman hires a Japanese woman to translate interviews about Japan’s declining birthrate. The American woman is presumptuous in her knowledge of Japan; the Japanese woman suffers from a self-professed excess of critical distance. They grate, fight, and crash together in love or lust, at which point their story gets hijacked into science fiction territory, as the translator interrupts their work sessions with stories from a world infected with the knowledge of its own demise. This neighborhood has already known devastation, having been wiped out the night of 9 March 1945 by American bombs. The third protagonist is the Tatekawa itself, the canal covered by an elevated highway that runs past the translator’s apartment, which gives the neighborhood its name. Reflecting back the concrete world in distorted patterns of blue, green, or glittering black, the Tatekawa transports a shifting procession of birds, shoes, condoms, crabs, plastic bags, flowers, big fish, little fish, death, life.

Shelly Silver is a New York based artist working with the still and moving image. Her work explores contested territories between public and private, narrative and documentary, and--increasingly in recent years--the watcher and the watched. She has exhibited worldwide, including at the Museum of Modern Art in New York, Tate Modern, Centre Georges Pompidou, the Museum of Contemporary Art in Los Angeles, the Yokohama Museum, the London ICA, and the London, the Singapore, New York, Moscow, and Berlin Film Festivals. Silver has received fellowships and grants from organizations such as the John Simon Guggenheim Foundation, the NEA, NYSCA, NYFA, the Jerome Foundation, the Japan Foundation and Anonymous was a Woman. Her films have been broadcast by BBC/England, PBS/USA, Arte/Germany, France, Planete/Europe, RTE/Ireland, SWR/Germany, and Atenor/Spain, among others, and she has been a fellow at the DAAD Artists Program in Berlin, the Japan/US Artist Program in Tokyo, Cité des Arts in Paris, and at the Lower Manhattan Cultural Council. Silver is Associate Professor and Director of Moving Image, Visual Arts Program, School of the Arts, Columbia University.