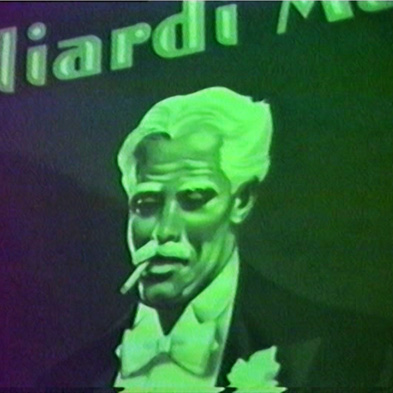 A documentary on the recreational circles that appeared in the interwar period in a provincial town. The film observes what happens and everything that surrounds a group made up entirely of senior citizens who are absolutely determined to enjoy themselves. The settings evoke memories of a past that may have never actually existed, with common and recurring aesthetics in which wartime images frequently play a part, and locations steeped in visual images that are perhaps slightly stereotyped.

Alessio Di Zio is graduated from high school. He produced "Far Away", "Casimiro's Tales", "The Park", "The Pleasure", "Infantry Cavalry", "Swinging Horsese", "Roberto Pellegrinaggio", "2.15". A group of portraits of people, landscapes and circumstances from his birthpalce. His short films have screend in many film festivals and exhibitions including l'Arcipelago Film Festival, Venice Film Festival, Minneapolis Film Festival, Circuito Off, Monfilmfest, Premio Marzocco and CinemAvvenire, receiving several awards. Working with musical band Micro b, he made the videoclip "Euforica", which was the winner at the Sottodiciotto (under eighteen) Film Festival in Turin.