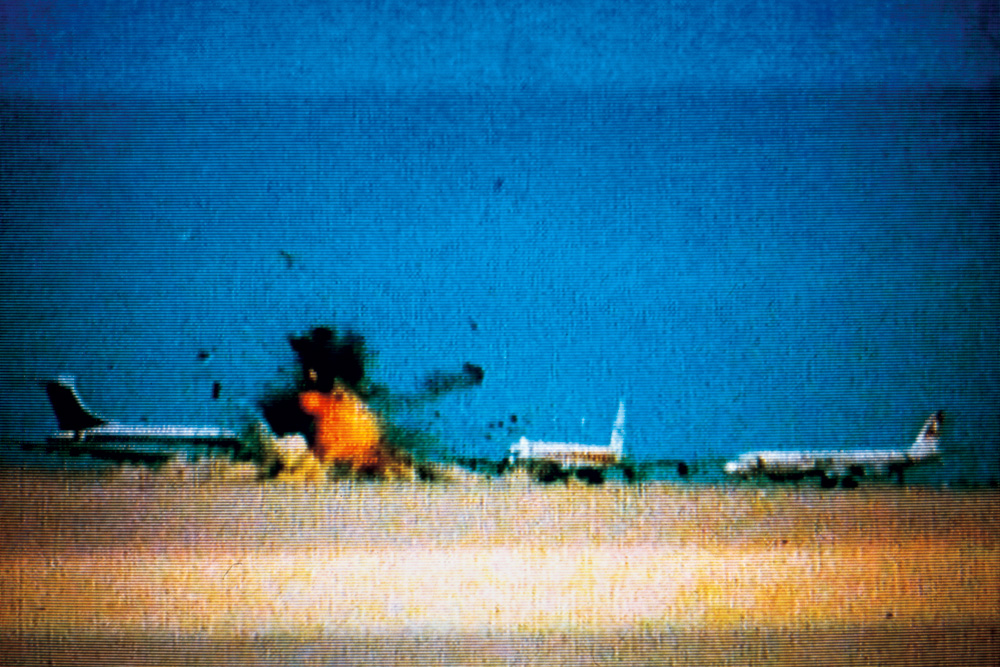 For the sixth letter of its alphabet, MOVING_IMAGE proposes a session with Johan Grimonprez around the notion of "FILM FOOTAGE". Reusing, diverting and reinterpreting images appears as a critical approach and a means of investigating our culture and our history. With numerous examples in the history of cinema and documentary, this practice finds a renewed use in the the avant-garde and in the field of contemporary art. This session is dedicated to the work of Johan Grimonprez, whose entire oeuvre revolves around this notion and the field of cinema as well as that of contemporary art.

"dial H-I-S-T-O-R-Y" (VO subtitled, documentary, 68', Belgium/France, 1997) preceded by a presentation by the artist of his latest film "The Shadow World", with a screening of an extract in French premiere.

In the presence of Johan Grimonprez. The screening will be followed by a discussion with the artist.

In "dial H-I-S-T-O-R-Y", Johan Grimonprez looks at history and politics through images of aeroplane hijackings, symbols of a new place of expression for political demands political demands from the 1970s onwards. Starting from a material of very diverse pre-existing images, our attention goes beyond the figure and images of the hijackers. The film develops the role of the media in the reading and understanding of events, but also on the The film reflects on the role of the media in reading and understanding events, but also on the political and state mechanisms that underlie and accompany terrorism. This film is a transgression of the genres between fiction and documentary, going beyond the logical and chronological and chronological markers of documentary to construct a singular narrative.