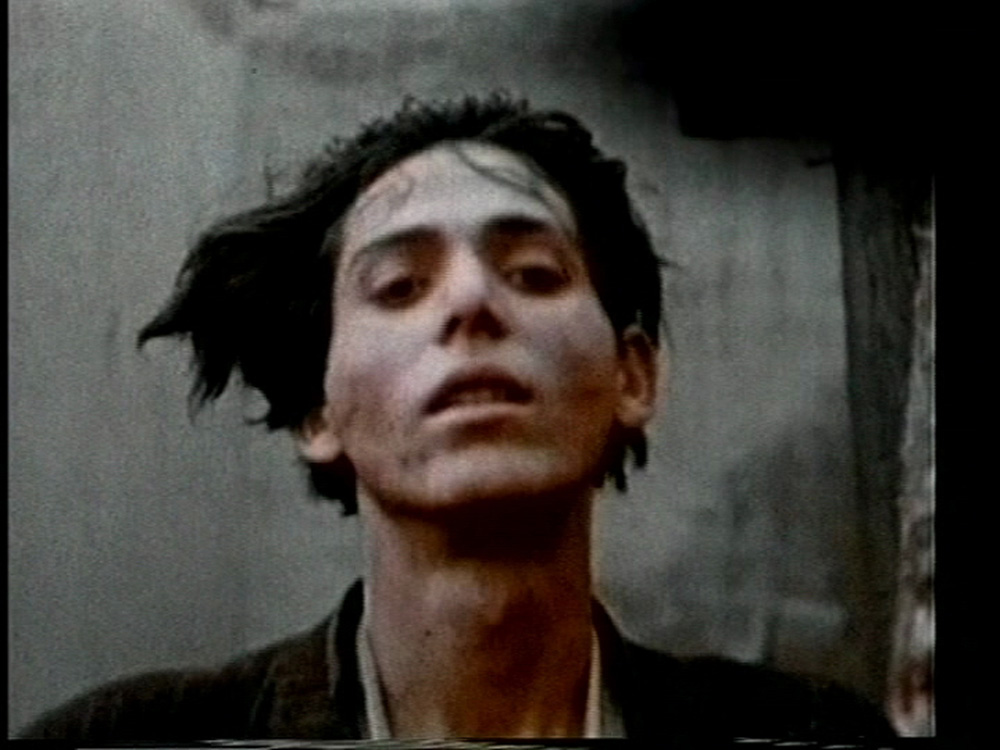 For the eighth letter of its primer, MOVING_IMAGE invites you to discover the views and questions of and questioning of artists and filmmakers around the notion of HISTORY. With the exceptional screening of of "De l'origine du XXIe siècle" by Jean-Luc Godard, as well as videos by Ivan Faktor, Sarah Vanagt and Katrien Vermeire, Deimantas Narkevicius, Anna Ådahl and Giulio Squillacciotti.

How can history be questioned by contemporary artists and filmmakers, who then speak of their own time or of recent history? This session begins with Jean-Luc Godard's film, "De l'origine du XXI siècle", which is both a reflection on the history of cinema, a genealogy of contemporary images and a masterly introduction to the history of our century, which is inseparable from its wars and unprecedented violence. Ivan Faktor combines documentary scenes filmed in the town of Osijek in Croatia in 1992 during the war in ex-Yugoslavia, with extracts from the soundtrack of Fritz Lang's film "M le maudit", and creates the terrible portrait of a town devastated by irrational forces and an invisible murderer. Sarah Vanagt and Katrien Vermeire place a camera over the place where nine victims were buried after their execution by Franco's regime in 1939 during the Spanish Civil War. The traces appear, and with them an original truth is revealed. Deimantas Narkevicius questions the deceptive power of images by using excerpts from former East German (GDR) films documenting the daily life of Berliners. The film creates an antagonism between what is seen and what is heard, analogous to the gulf between propaganda and reality. Anna Ådahl combines footage from Soviet and American films from the 1930s, and questions the relationship between the two superpowers at that time. An ambivalence is created between what we see and what we have learned through the mechanisms of propaganda and communication. Giulio Squillacciotti tells the story of a quarrel between two men of different generations. Their disagreement lies in the very possibility of writing history.