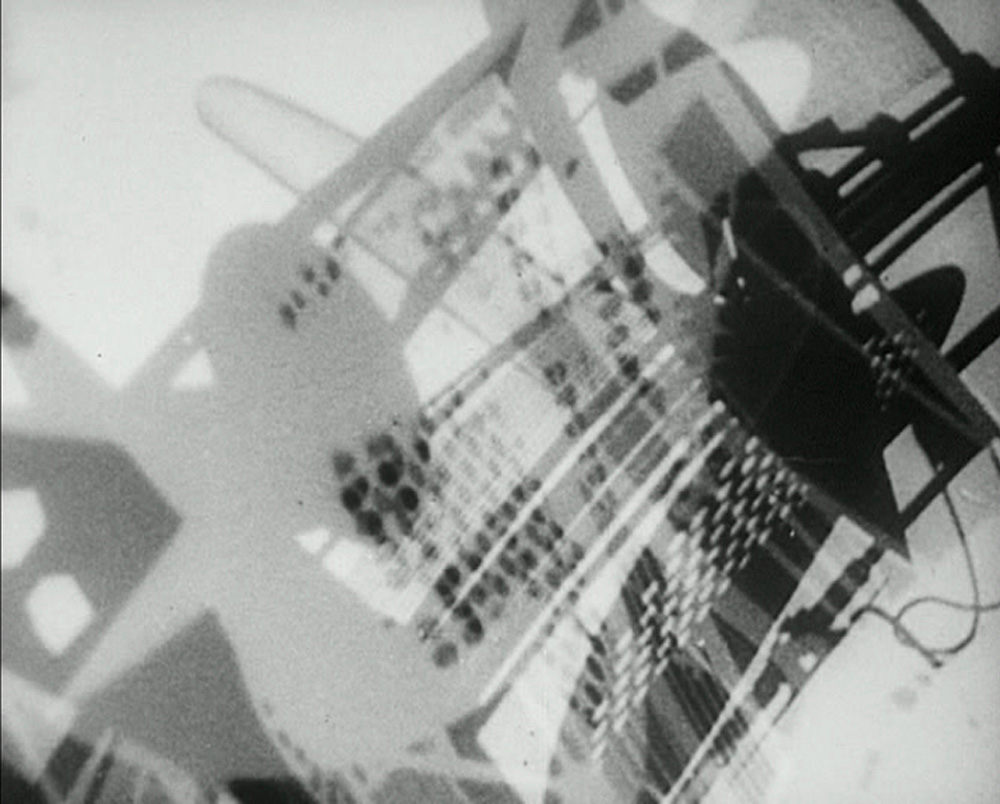 Elena Näsänen : Night | Video, colour, 6'40'', Finland, 2007 A woman leaves a lonely house in the night. She follows a narrow path, walks through the woods. Darkness surrounds her. She goes deeper and deeper into the forest through the branches. into the forest. "Night" resembles an excerpt from a suspense film, in which dream and reality intertwine. Elena Näsänen studied at the Helsinki Academy of Fine Arts and at the Slade School of Fine Art in London. Between film and video, her work has been exhibited the Tate Modern in London, the Kiasma Museum of Contemporary Art in Helsinki and the ZKM in Karlsruhe. Karlsruhe.

Alberto de Michele : I Lupi (The wolves) | Exp. fiction, colour, 17', Italy, 2009 The protagonists of this film are thugs aged between 40 and 70 from the north of Italy nicknamed "I Lupi" (The Wolves). They only steal on foggy nights. Invisible, they steal houses, banks, jewellers, lorries, anything that can be stolen... Alberto de Michele studied at the Rietveld Academy in Amsterdam. His work is between (pulp) fiction and (ordinary) fact. He has been exhibited at the Netherlands Media Art Institute Montevideo, Kunsthal Rotterdam, De Appel arts centre in Amsterdam.

Anne Katrine Senstad : The Locker Plant Projections | Video, colour, 8'21'', Norway / USA, 2011 A building designed by the minimalist artist Donald Judd in Marfa, Texas - The Locker Plant - is the The Locker Plant, is the setting for projections of coloured lights. The archetypal form of the building, the passers-by and the The archetypal form of the building, the passers-by and the surrounding environment are mixed with the light intensities and the colour movements. We experience an additional level of reality, a different relationship to space and time. to space and time. Anne Katrine Senstad lives and works in New York. She works with light, installation, photography and video. A graduate of the Parsons School of Design and the New School for Social Research in New York, she has exhibited at the Zendai MoMA Shanghai, at the Centre Pompidou as part of the Rencontres Internationales, at the 55th Venice Biennale. Venice Biennale.

Carlos Irijalba : Inertia| Video, colour, 4'20'', Spain, 2012 "Inertia" questions the indivisible unity of the audiovisual device and its primary material, light whose movement tears us away from reality and constructs a representation. In this video, the present tends to disappear in a continuous movement, what then occurs is an absence. Carlos Irijalba studied at the UDK in Berlin, and was resident at the Rijksakademie in Amsterdam. He has been awarded the Revelation PhotoEspaña Prize and the Guggenheim Bilbao Photography Grant. His work has been exhibited at CCCB Barcelona and LMCC New York, among others.

Lingjie Wang, Jingfang Hao : Flotter dans le noir| Video, colour, 6'23'', China / Mali, 2011 "Floating in the dark" was shot in 2011 in Bamako, Mali. Due to the lack of public lighting, the landscape is no longer familiar to us. Houses, surfaces, rubbish, plants, even the clothes of passers-by, all fade into the dark. We see only the lights and shadows, the images that and shadows, the images that escape. Wang Lingjie lives and works between Lorraine and Shanghai. After studying in industrial design in China, he took up an artistic course in France. His work has been exhibited and screened at the Palais de Tokyo as part of the Rencontres Rencontres Internationales, at the Centre National de l'Audiovisuel in Luxembourg and at the Centre Pompidou in Metz.

Laura Kraning : Vineland | Experimental doc., colour, 10'15'', USA, 2009 With "Vineland" we discover the last drive-in cinema in Los Angeles, located in an abandoned in a derelict suburban area. Hollywood images of the end of the world float between chimneys, luminous towers and and passing trains. The night landscape is seen as a luminous border zone where illusions reveal a reality. illusions reveal a reality, where nostalgia and alienation are believed. Laura Kraning lives and works in Los Angeles. Her work explores the between documentary and experimental film. Her films have been screened at the National Gallery of Art in Los Angeles, the LA Filmforum, the Edinburgh International Film Festival Edinburgh International Film Festival.

Devin Horan : Boundary | Experimental doc, colour, 16'46'', USA / Latvia, 2009 "Boundary" was made in an isolated community in a remote landscape near the Russian Russian border. The film evokes a space of ambiguity, a psycho-geography, an absence of personal histories. It is the first episode of a tetralogy based on the phrase by Sadeq Hedayat: "In life, it is possible to become an angel, a human or an animal. I have not become any of these things. I did not become any of these things. Devin Horan lives and works in the United States. He has a degree in Art History from Columbia University in New York, his films have been screened at numerous festivals and museums around the world festivals and museums around the world, including the Venice International Film Festival and the and the Rotterdam International Film Festival.