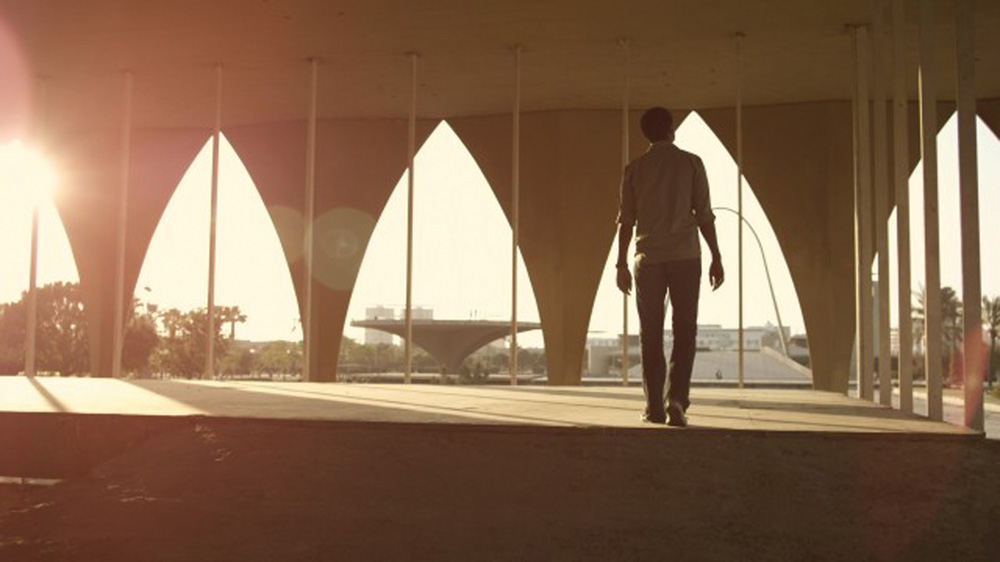 Before the Rencontres Internationales at the end of the month, we hope to see you this Wednesday 5 February at the Gaîté Lyrique for another session of the MOVING_IMAGE cycle. February at the Gaîté Lyrique for a new session of the MOVING_IMAGE cycle. "O for obsolete" brings together 3 rare films that question our contemporary history, the traces of twentieth century utopias and their abandonment. With films by Nicolas Wagnières and Benoit Peverelli, Knut Åsdam, Raphaël Cuomo and Maria Iorio.

Knust Åsdam lives and works in Norway. He studied at Goldsmiths College in London, the Jan van Eyck Akademie in the Netherlands, and attended the Whitney Museum Independent Study Program in New York. His artistic work is concerned with how each individual constructs and negotiates his or her identity, in relation to the organisation and changes in our contemporary society. He has been exhibited at the Tate Modern in London, the Venice Biennale, the Istanbul Biennale, the Moderna Museet in Stockholm, PS1 MoMA in New York and the Musée d'Art Moderne de la Ville de Paris.

Raphaël Cuomo and Maria Iorio live and work in Berlin. They have been working together since their their student years in Geneva. Their work has been exhibited in numerous events, art centres and museums, including the 54th Venice Biennale in the exhibition "The Maghreb Connection - Movements of Life Across North Africa". Movements of Life Across North Africa".