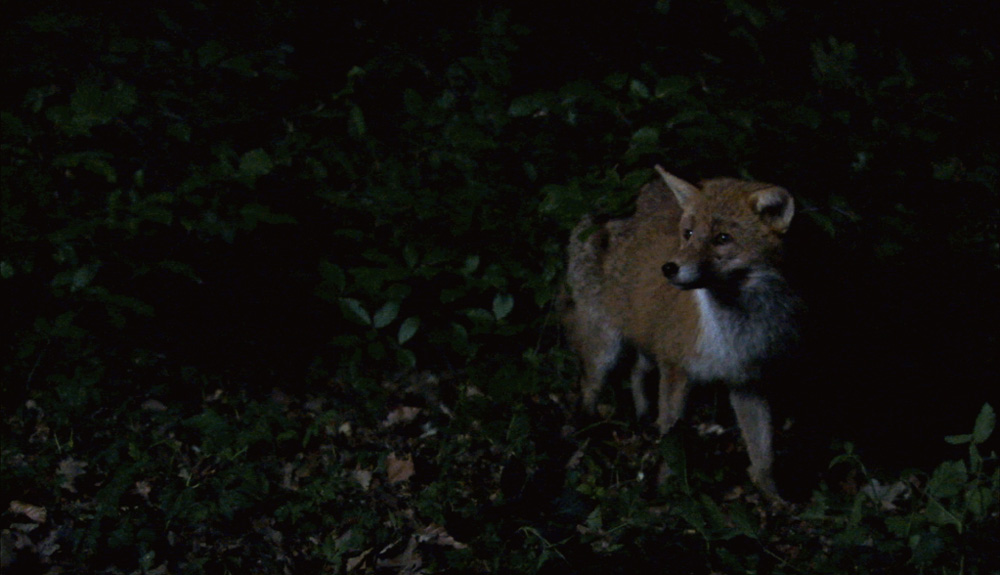 For this second meeting of the Moving_Image alphabet, the filmed animal appears as a form condensed form outside the narrative, a paradoxical image outside language. A lion, rabbits, a wolf, a donkey a sheep, dogs, among others...

Patrick Jolley : Snakes | Exp. fiction, black and white, 5', Ireland, 2009 Traffic noise in a rainy street. In a quiet flat, a dressed man lies on a bed. on a bed. Snakes embrace him, slowly slithering under his clothes.

Isabelle Levenez : Pets. The family meal | Video, colour, 4', France, 2006 Naked characters wear animal masks, they seem to evolve in a hybrid universe, between the human and the animal, they monologue and build from scratch an imaginary staging. imaginary stage production.

Corinna Schnitt : Once Upon a Time | Video, colour, 22', Germany, 2006 At floor level, a camera makes slow circular panoramas in an empty living room. A cat suddenly appears, followed by a second one. A dog drinks from an aquarium, a rabbit hops around the room a bird joins the crowd. A pig grunts.

Mauro Folci : Noia | Video, colour, 3'33'', Italy, 2009 A man is sitting at a table; a lion, with its paws on the table, is facing him. The video focuses on the two characters on the two characters, on the strange relationship between the animal's paw and the man's hand, and on the closeness of the and the proximity of the enormous animal standing solemnly in front of the fragile body of the man. body of the man

Sam Easterson : Burrow-Cams | Video, colour, 3', USA, 2010 This video, "camera-terriers", presents recordings made from inside the underground habitats of animals. underground animal habitats. We see, from their burrows or dens, animals such as: the burrowing owl the burrowing owl, the black-footed ferret, the porcupine, the badger, the field vole, the the swift, the doe...